Stairlifts Through the Ages

Stairlifts are now more popular than ever before. Modern companies such as Acorn are market-leaders in design and manufacture and the excellence of an Acorn stairlift is recognised throughout the world. However, you might be surprised to know that there is documented evidence of stairlifts being used in the UK as far back as Tudor times.

The earliest stairlifts were cumbersome affairs and involved the use of a system of ropes with a block and tackle to hoist the chair and user up and down staircases. King Henry VIII used such a device in Whitehall Palace to go up and down a long flight of stairs. He relied on a team of servants to operate the ropes – there was no electricity available in the sixteenth century!

In 1923, an American called C.C. Crispen designed and built a stairlift called the Inclinator that is seen as the precursor of models such as the Acorn stairlift we are familiar with today. It was basically a chair connected to a rail that went the length of the staircase. It ran on rollers and was moved by a cable. His prototype was made for a friend who suffered from Polio and couldn’t easily get up and down stairs. Crispen incorporated a company to make them commercially and they became very popular over the next decades, with more manufacturers starting to make their own versions. They became popular in hospitals, rest homes and domestic situations for the ill, the disabled and the elderly.

In 1992, Acorn began in Yorkshire, originally buying used stairlifts and refurbishing them to sell. Soon demand had outstripped supply and the company realised it made sense to manufacture their own stairlift, so Acorn designed and produced the Superglide Stairlift, still a market leader today. An Acorn stairlift is synonymous with quality and value, and Acorn is still at the forefront of stairlift technology.

Today, companies like Acorn produce a stairlift suitable for all situations, whether you have straight or curved stairs, indoors or outdoors. They can transport you sitting or standing and all Acorn stairlifts have motors that are powered by DC batteries so you never need worry about being stranded in a power cut. They’re also more affordable than you might think.

To find out more about how an Acorn stairlift can enhance your life, call Independent Stairlifts now on Freephone 07949 943 402 to speak to our team for a free, no-obligation quote, or you can visit our website.

For a free no obligation quote: 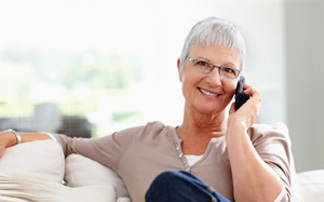 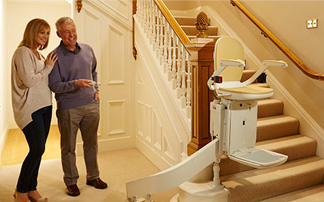 Independent Stairlifts guarantees the best like-for-like price for all the stairlifts we provide. If you have any questions or comments, please don’t hesitate to get in touch. We’re happy to give advice and help in finding the solution that is right for you, all at no cost or obligation.
I would like a free quote